The baobab, a Malagasy tree

Real emblem of Malagasy flora, the baobab is a majestic and sacred tree that counts eight species. Six of them only grow in Madagascar. The baobab alley contains the most specimens in the world, so you will realize their impressive size and admire some trunks naturally intertwined (baobab in love).

The baobab, as called the bottle tree

“Sanctuary of nature” and “ecological jewel”, are the adjectives that qualify the natural wealth of Madagascar. The baobab, also called “reniala” (“mother of the forest”) in Malagasy, is a 100% secular Malagasy tree.

There are eight species on earth and six of them are endemic to the island. The baobab constitutes an important reserve of water which allows it to tolerate extreme climatic conditions.

Because of its trunk filled with water, the baobab is also called “bottle tree”.

The baobab trunk measures, for some species, up to 9 meters diameter and 30 meters high. It is said that the peculiar shape of the baobab is due to the fact that it would have been planted upside down, the roots toward the sky.

At 19 kms from Morondava, admire the unique forest of baobab trees in the world.

This set of a dozen trees presents a landscape of a rare elegance.

Most of these baobabs are more than 800 years old, a legacy of the dense forests that have flourished on the island a long time ago.

You will admire there the most beautiful specimens in a wonderful scenery. 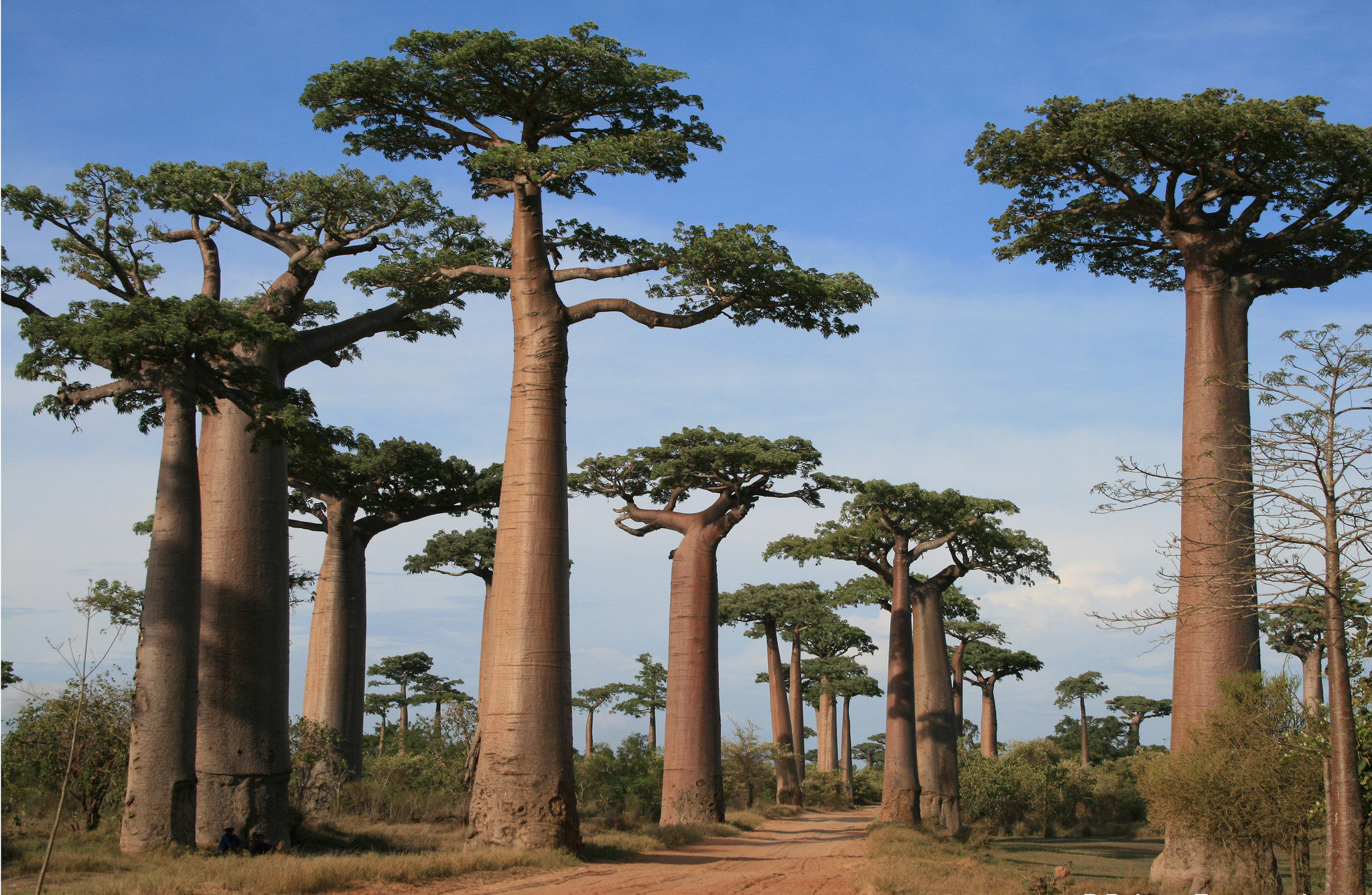 Where can you see baobabs ?

The ideal place to admire the baobab trees is in Morondava : the alley of baobab. But it can also be seen in Majunga and Tulear, as well as in the parks of Anakarafantsika, Vohibisa, et Kirindy Mitea.